A dream of hope became a vision for the future, which then became a plan for a better tomorrow.

Today that dream has become reality, it is XP Mill. Yes, it started in an empty field and with a vision and hope added to generosity from people with a hearts for the hurting we now have tomorrow’s future today. But there’s so much more that needs to be done, so many more lives that need to be touched. 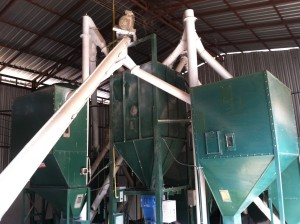 We are helping farmers keep kids in school and help relieve the malnutrition in their families. By employing Laotians and teaching them a trade, we are affecting both the rural and city life. XP Mill is bringing dignity instead of despair, self-respect instead of shame, and hope where none existed before. As XP Mill shines the light of hope, it’s helping the Sun to rise over Laos; driving the shadow of poverty away in it’s path. 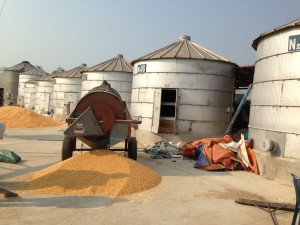 XP Mill is making the hope of brighter future happen in Laos today. In 2010 we started building a dream of a $2,000,000 plus facility, we finished it for less than $700,000. XP Trading, a Lao company, is building a complete network of Ag related companies. XP Mill is the cornerstone we’re building on. We are already affecting the lives of thousands of Lao farmers.